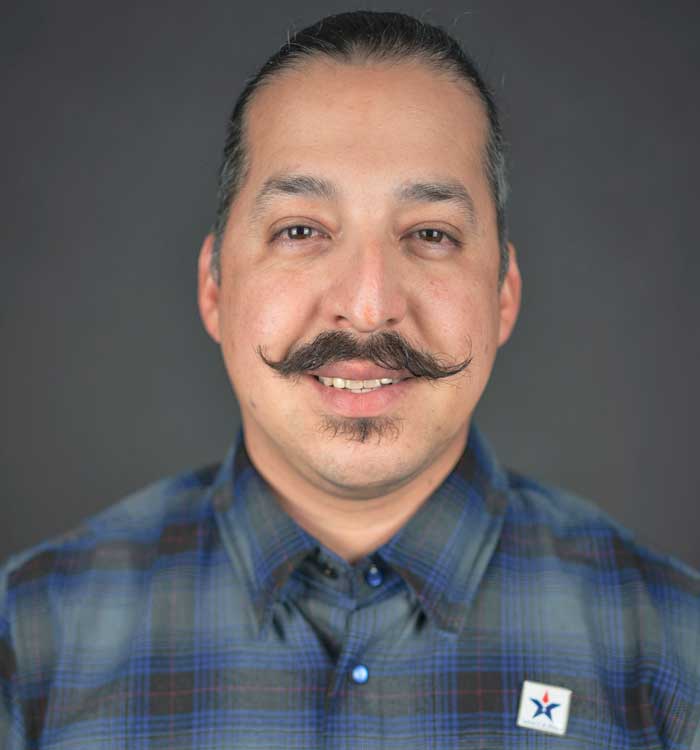 A thirteen-year US Army, post 9/11 veteran and son of a US Marine, William enlisted as an Infantryman where he served as a SAW gunner, a Bradley driver, a Bradley gunner, Squad Leader at Fort Stewart, GA with the 3rd Infantry Division. He continued his career at Fort Sam Houston, TX with the Warrior Transition Battalion as cadre for soldiers during their MEB process. These were soldiers dealing with complex medical issues or those severely injured during their tours of combat duty. He finished his Army career at the 82nd ABN as a Weapons Squad Leader in 2018 when he was medically retired.

William moved home to Pearland with his wife and four kids. Prior to working with Impact A Hero, he worked at a warehouse for a local telecommunications company helping with logistics and shipping. Always having a passion to serve, he volunteered at SER, a nonprofit community organization teaching Resiliency, a skill he learned to teach while in the Army when he became a Master Resiliency Trainer. William joined the staff of Impact A Hero in April of 2021. In addition to supporting the mission, he instructs the IAH Financial Strategy course, processes veteran grant applications, helps facilitate the Leadership Academy, and has recently become Dare to Lead trained to also help facilitate the IAH offered courses.