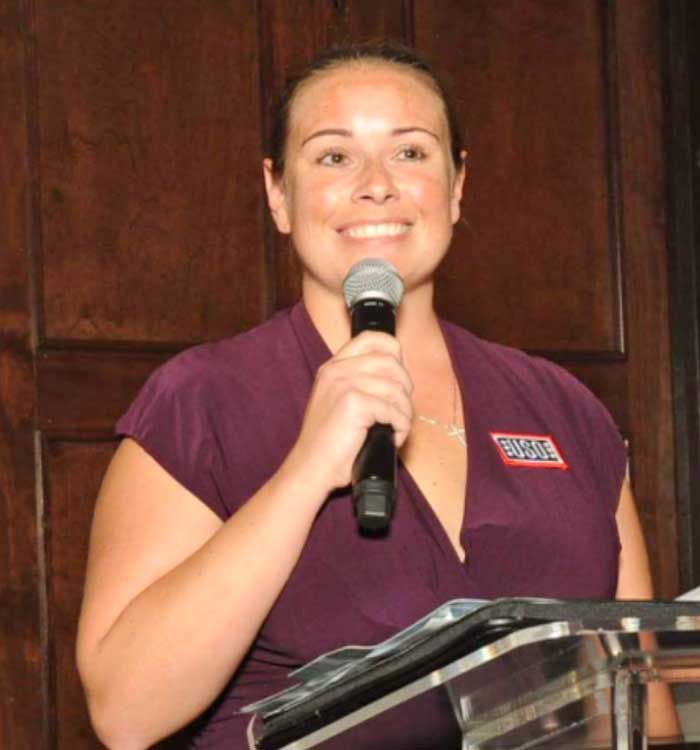 Lorén joined USO Houston on September 11, 2015. She spent over 7 years serving in the US Army Signal Corps including 5 years with the 101st Airborne Division and 2 years with the Army National Guard finishing her Army career as a Captain. She deployed with 3rd Brigade Combat Team (Rakkasans) of the 101st Airborne Division (Air Assault) to Iraq in 2008 and completed numerous assignments including 2 company commands. Prior to that, Lorén received a full tuition scholarship from the Army to the University of Kentucky. In 2018, Lorén was named the Texas National Guard Spouse of the Year and was a top 18 finalist for AFI Spouse of the Year. Lorén is happily married to her husband, Mark, who is currently serving in the Texas Army National Guard as an Infantry Officer and raising two boys, Caleb, and Cameron in Northwest Houston. After the Army, Lorén spent 2 years as a project manager in the Oil & Energy sector before following her passion of serving those who serve at the USO (United Service Organizations) where she is executive director.

Lorén holds a B.A. from the University of Kentucky in Foreign Language and International Economics with an Emphasis in Spanish and received a graduate level certificate from Rice University through the Leadership Institute for Nonprofit Executives. She has become widely respected in the Houston Military and Veteran communities for her strong desire to foster collaboration and unwavering focus on leading the Houston USO to serve as the Force behind the Forces.

Since 1941, the USO is the nation’s leading organization serving the men and women in the U.S. military, and their families, throughout their time in uniform. From the moment they join, through their assignments and deployments, and as they transition back to their communities, the USO is always by their side.